At the event horizon, light is bent in a perfect loop around the black hole, meaning if you stood there you would be able to see the back of your own head.

The picture shows a halo of dust and gas, tracing the outline of a colossal black hole, at the heart of the Messier 87 galaxy, 55m light years from Earth. The breakthrough image was captured by the Event Horizon Telescope (EHT), a network of eight radio telescopes spanning locations from Antarctica to Spain and Chile, in an effort involving more than 200 scientists. The EHT picks up radiation emitted by particles within the disc that are heated to billions of degrees as they swirl around the black hole at close to the speed of light, before vanishing down the plughole. The halo’s crescent-like appearance in the image is because the particles in the side of the disc rotating towards Earth are flung towards us faster and so appear brighter. The dark shadow within marks the edge of the event horizon, the point of no return, beyond which no light or matter can travel fast enough to escape the inexorable gravitational pull of the black hole.

When observations were launched in 2017, the EHT had two primary targets. First was Sagittarius A*, the black hole at the centre of the Milky Way, which has a mass of about 4m suns. The second target, which yielded the image, was a supermassive black hole in the galaxy M87, into which the equivalent of 6bn suns of light and matter has disappeared.

The EHT achieved the necessary firepower by combining data from eight of the world’s leading radio observatories, including the Atacama Large Millimetre Array (Alma) in Chile and the South Pole Telescope, creating an effective telescope the size of the Earth. Observations at the different sites were coordinated using atomic clocks, called hydrogen masers, accurate to within one second every 100 million years. The sheer volume of data generated was also unprecedented – in one night the EHT generated as much data as the Large Hadron Collider does in a year.

At the event horizon, light is bent in a perfect loop around the black hole, meaning if you stood there you would be able to see the back of your own head. The observations also provide one of the most stringent tests to date of Einstein’s theory of general relativity: this predicts a rounded shape of the black hole’s halo, in line with what EHT has observed.

Heino Falcke, chair of the EHT science council, who is based at Radboud University in the Netherlands, said: “The big question for me is whether we’ll ever be able to transcend that limit. The answer may be maybe not. That’s frustrating but we’ll have to accept it.” 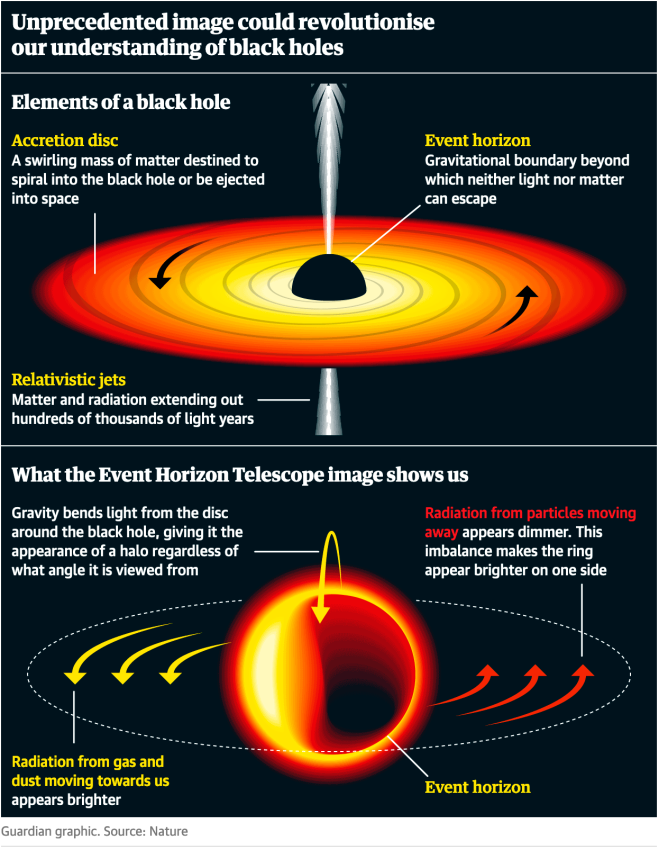 In 2014, Shezad Dawood curated an exhibtion entitled Black Sun in New Delhi, India. The catalogue was brought into existence by Gerrie van Noord. 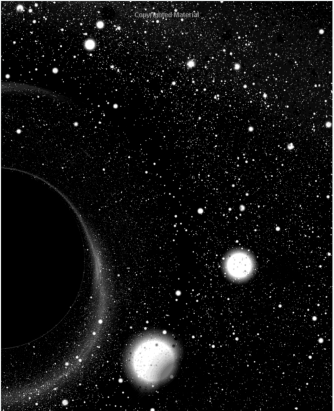 Black Sun does relate to an exhibition – which opened at the Devi Art Foundation in Delhi, India, in November 2013 – but was explicitly meant to be able to function independently from it, where the book does not present itself as a traditional catalogue. Black Sun can be described as a social network.

Gerrie van Noord, from a book chapter about Black Sun as yet unpublished.

For the Record: a supermassive black hole in the galaxy M87, into which the equivalent of 6bn suns of light and matter has disappeared. Or, the ‘New Sublime’. And, Shezad Dawood’s and Gerrie van Noord’s Black Sun.