note: zappa wrote orchestral scores for some of his works: and for those boulez conducts on the album below, he and zappa worked together. so this is not the case of a famous conductor/composer deciding on his own to transpose zappa into orchestral terms. what’s recorded, is zappa’s own orchestral work. for better or worse. personally, i prefer zappa’s non-orchestral versions. but you can’t blame Z for wanting to hear his works played by one of the most renowned, avant-garde classical musicians/composers of the period. zappa began listening to Verèse when he was 13, even wrote to him and attempted to meet that amazing avant-guardist, which never happened. so the boulez conducts album is his realization of his 13 year old self’s, dream. and hey, boulez should be given his due credit for recognizing zappa’s musical brilliance.

if Nietzsche had been 20th C. modern… he would have been grooving to Yello as the perfect antidote to Wagner. my comment is not entirely parodic, at all. N lay claim to the necessity of the necessity of joy and pleasure with absolute seriousness. and Y realizes in it’s music, that all important pearodox, in a 21st Zarathustrian way.

perhaps even in a Sufistic way. if you don’t believe me, listen to and watch this:

okay, be skeptical, but Y is and has been the greatest, poetically consistent euro band for decades:

and L of dorset would concur. why?

why? they synthesize, spin, mutate and thereby, evolve, not only themselves, but ‘culture’ in general. in Yello, there is nothing that does not permute, joyously even when absolutely bleak. they join spectacle with calvinist anti-spectacle; join deprivation with what’s rife; condemn while elevating. they joyfully embrace tragedy as the most worthy of humanly conscious inevitabilities. and they sing about everything that is and is not. and they make condemnatory commentary that is simultaneously, acceptance. they are modern epicurians with something of both the skeptics and the  give-up-your-soul religious nihilists. but in the end, they are not nihilists but promoters of a possible, far from guaranteed, future.

just listen to them.

to widen and plumb the depths of its cultural scale:: which may or may not be deep and/or shallow: but it does have a trajectory. regardless.

Initially I wanted black on black in black – the background, the outfit, and Grace – with just that touch of white in the cigarette. I then changed the background colour to beige. I gave Grace’s lips a shade of dark brown or prune and dusted her cheekbones and torso with blue pigment to bring out the volume. The cigarette was all about colour and composition. I subsequently used it in other images, too, on her eye and below her nose. Of course, it also suggests something rebellious.

People thought she looked outrageous, alien even. But it wasn’t just for show. I wanted this character to have great dignity. I wanted it to be a slap in the face to all the entertainment of the day, the Diana Rosses and other stars, all made up like stolen cars, with windswept hair. This was pure rigour, a girl being perfectly serious.

Tavia Nyong’o, a cultural critic and performance studies professor at New York University call[ed] her work the “performance art of the nightclub.” Jones is often relegated to the status of performer rather than artist, which is a shame. Viewing her work under the lens of art thus becomes an act of historical correction. She is, as Nyong’o explains, concerned with “the art not just of the body but of the flesh,” confronting “not the ease, but the ardor, of being yourself.”

[jones and bowie should have been cast together in something…] 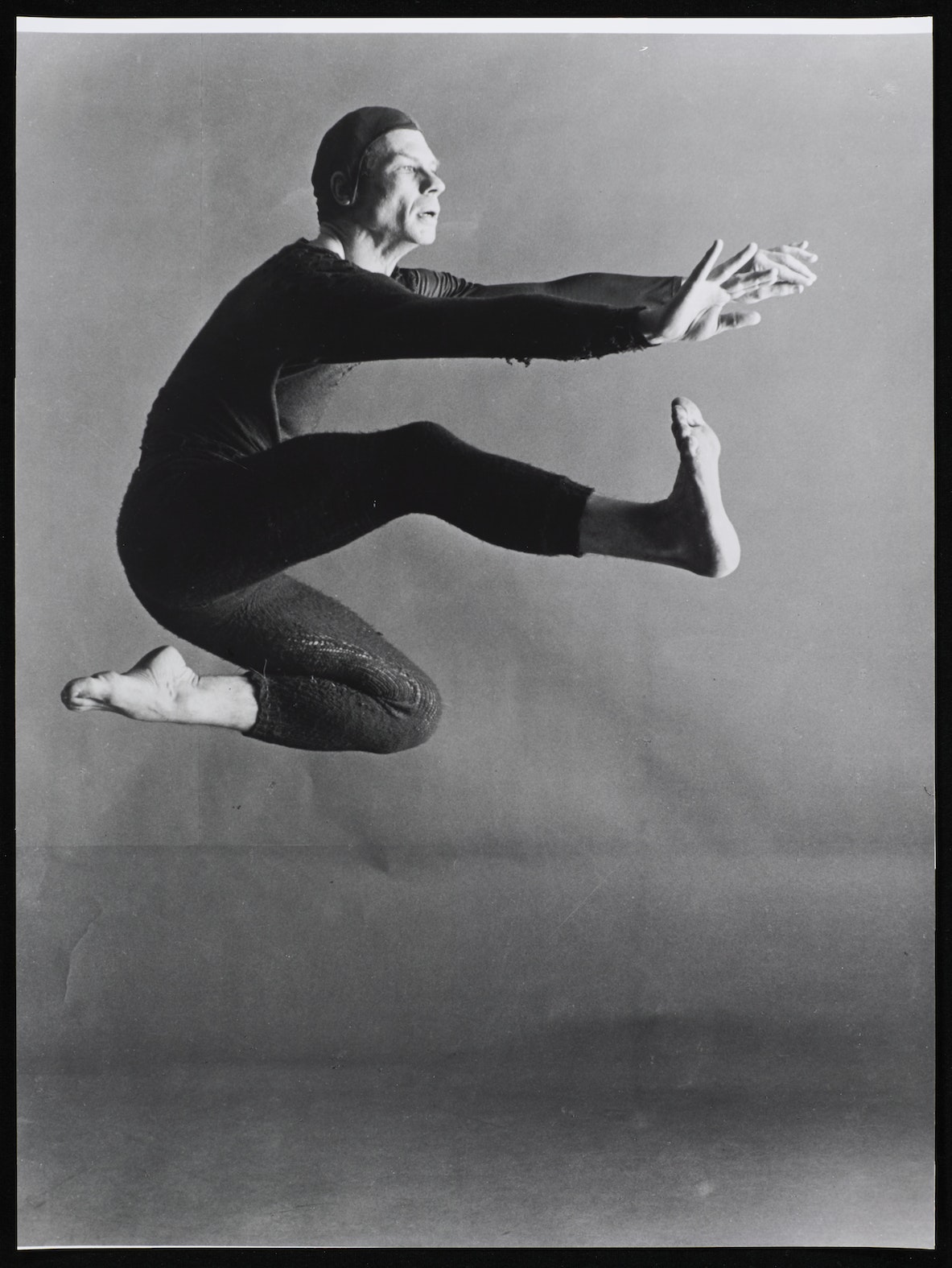 cunningham/cage in holland: excerpt from 50′ piece.

the most brilliant of the classical avant-garde pianists/performers for 40 years or more: david tudor: rainforest, a work as great in the music world as… as any other great work in any medium. my friend paul demarinis, a student of tudor’s, has been one of the musicians included in this work since its inception since he helped create it. whenever it’s performed, paul is among the musicians. this work was the sound for one of cunningham’s dances of the same name.

The music of Earle’s that Pierre [Boulez] liked was in the tradition of the Schoenberg/Webern aesthetic and thus near his own. “He had no patience with my Folio stuff,” Earle recalled, any more than he’d had with Cage’s chance methods of composition, but Earle’s germinal concepts set forth in Folio – graphic notation, collective improvisation, and open form – would eventually influence not only composers – including Boulez – on both sides of the Atlantic, but also dancers, especially the Judson generation of choreographers, and Earle’s “open form” concept would be taken up by Cunningham long before Cage ventured there himself.

Caroline Brown, Chance and Circumstance: 25 years with Cage and Cunningham, 43.

Although Cage and Cunningham had begun using chance means for composing their works, the final results were still as fixed in their final form as a Beethoven symphony. Earle’s ideas about open form changed all that. His Twenty-Five Pages,which he began writing in the spring of 1953 and completed while I was at Black Mountain, provides one or more (up to twenty-five) pianists with twenty-five loose pages of music, and then allows the performer to lay any number of the pages in any order, spontaneously, in performance. The mathematical possibilities are nearly endless, guaranteeing that no performance is ever likely to repeat another. In Twenty-Five Pages, all the sound material is composed, but the final form – the organization of the given material – is left open. Open form. Cage declared upon seeing the score of Twenty-Five Pages, “It’s an epoch-making piece!” and the concept of “open form” was to have an enormous impact on Cunningham’s work in the years to follow.

Caroline Brown, Chance and Circumstance: 25 years with Cage and Cunningham, 72. Above: December 1952 is perhaps Brown’s most famous score. It is part of a larger set of unusually notated music called FOLIO.

above: the cover obviously features a Motherwell painting, from his Elegies? art historian mostly have forgotten how important Motherwell was to the formation of art in NYC in the 40s and 50s, not only through his paintings, but through his writings and the salon he held at the arts student league. his writings are still important.

part of the open form and percussion and marimba thread… unfortunately the sound quality is not good enough to pick up the ‘brushes’ playing the mobile, and other means of playing it. they are too timid in my opinion… that might be due to the calder foundation’s limits.

according to C. Brown:

On a perfect day in late May 1963, I had accompanied Earle on an expedition to meet with Alexander Calder at his New England farmhouse on Painters Hill road in Roxbury, Connecticut. With no little trepidation, Earle was about to propose an audacious idea to this man whose work he so revered and had been so profoundly influential on his own. We were greeted by Calder’s handsome wife, Louisa, who was the grandniece of William and Henry James, and “Sandy”, as everyone was instructed to call him, a delightfully gruff, sturdyteddy bear of a man with a unruly shock of white hair. Across the pasture in the valley below was Arthur Miller’s property, where the playwright lived with his third wife, Marilyn Monroe. After lunch and a tour of the vast, sunny studio, mind-boggling in its monumental chaotic clutter – mobiles hanging from above, stabiles stalking the corners, canvases stacked against the walls, metal, coils of wired, mysterious tools everywhere – i joined Louisa in their kitchen, where every utensil, gadget, pot, and pan seemed to be a handmade Calder artifact.

The time for Earle to make his proposition had arrived: would Calder consider collaborating on a mobile/stabile that could serve as conductor for a musical composition? The answer was affirmative. Would Calder object to having the mobile elements struck with drumsticks or other percussion implements? Sandy roared with laughter: “They can kick the thing if they want to!” Four years later, Earle reported that at its premiere in Paris, “Calder Piece went very well… musicians love to play it and I like it and it is funny (four guys chasing and banging on the the mobile) and beautiful. It was a success… Calder was unexpectedly there and seemed to like it but thought we should have hit it with hammers… though we didn’t because we didn’t like the sound of it and said he’d have to make us one in brass, which would sound better.”

Caroline Brown, Chance and Circumstance: 25 years with Cage and Cunningham, 489.

I agree with Calder! It is beautiful in any case.