Such a conception of historical inquiry [in which the historian and scientist organize facts through tentative metaphoric approximations] and representation would open up the possibility of using contemporary scientific and artistic insights in history without leading to radical relativism… It would permit the plunder of psychoanalysis, cybernetics, game theory, and the rest…. And it would permit historians to conceive of the possibility of using impressionistic, expressionistic, surrealistic, and (perhaps) even actionist modes of representations for dramatizing the significance of data…. [p. 47]

On the contrary, we require a history that will educate us to discontinuity more than ever before; for discontinuity, disruption, and chaos is our lot. If, as Nietzsche said, “we have art in order not to die of the truth,” we also have truth in order to escape the seduction of a world which is nothing but the creation of our longings. History can provide a ground upon which we can seek that “impossible transparency” demanded by Camus for the distracted humanity of our time. Only a chaste historical consciousness can truly challenge the world anew every second, for only history mediates between what is and what men think ought to be with truly humanizing effect. But history can serve to humanize experience only if it remains sensitive to the more general world of thought and action from which it proceeds and to which it returns. And as long as it refuses to use the eyes which both modern art and modern science can give it, it must remain blind – citizen of a world in which “the pallid shades of memory struggle in vain with the life and freedom of the spirit.” [page ?]

sometime circa 2003, i asked hayden if he stilled believed in the words above he wrote so many years earlier, and he said that he did.

this blog is an attempt to test, in very rough, experimental fashion, the historiography he articulated, criticized, and himself experimented with, in 1966 and thereafter.

Poème électronique (English Translation: “Electronic Poem”) is an 8-minute piece of electronic music by composer Edgard Varèse, written for the Philips Pavilion at the 1958 Brussels World’s Fair. The Philips corporation commissioned Le Corbusier to design the pavilion, which was intended as a showcase of their engineering progress. Le Corbusier came up with the title Poème électronique, saying he wanted to create a “poem in a bottle”. Varèse composed the piece with the intention of creating a liberation between sounds and as a result uses noises not usually considered “musical” throughout the piece.

Poème électronique was synchronized to a film of black and white photographs selected by Le Corbusier which touched on vague themes of human existence. Le Corbusier’s original concept called for a pause in the film while his voice was heard, speaking directly to the audience. However, Varèse objected to the idea that Le Corbusier’s voice would be played over his composition, and the idea was abandoned. 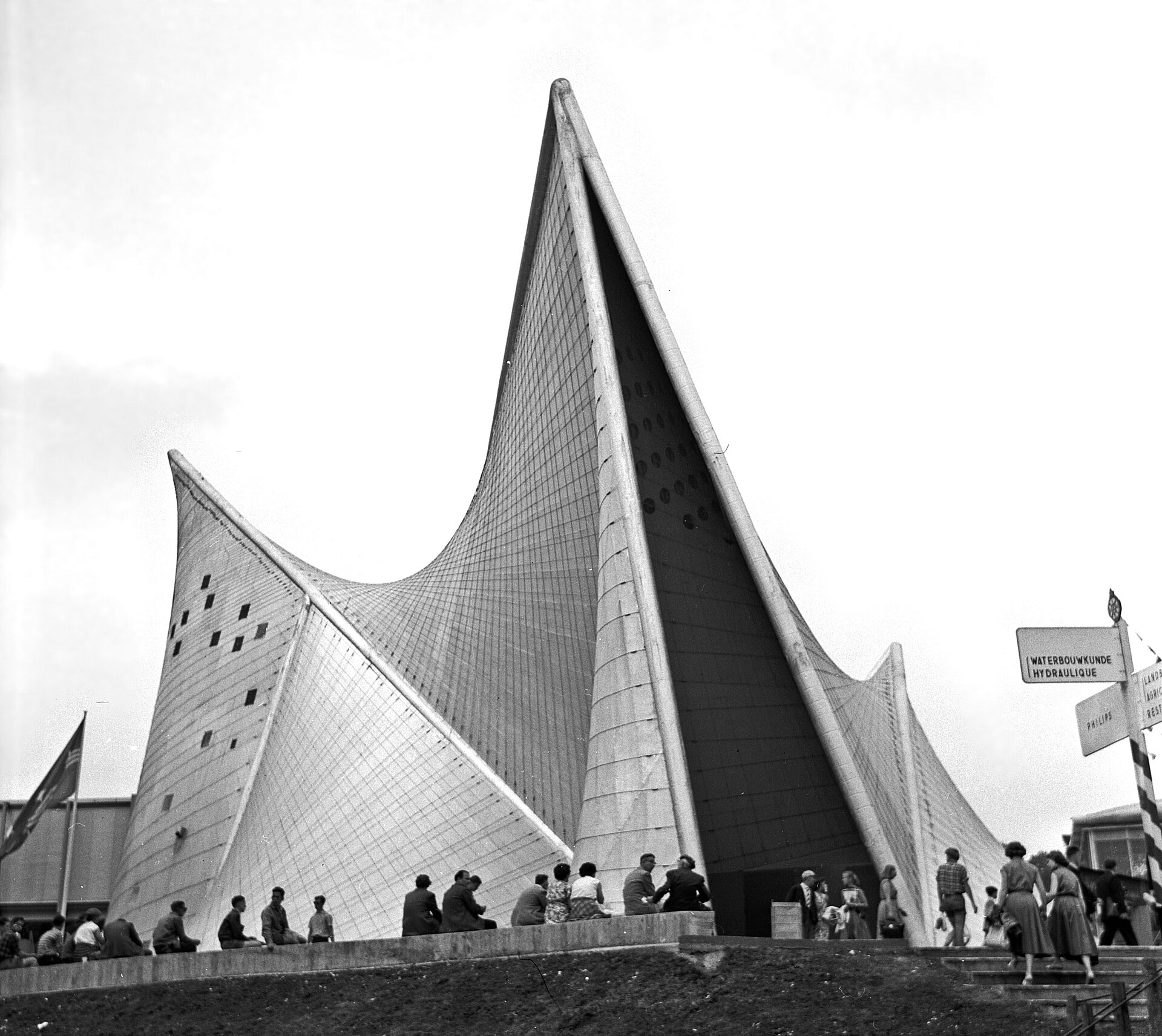 Advertisement
the death of hayden white