and just to keep whatever readers this blog might have in the loop: michael s. moore is a hugely different human than the fat documentary filmmaker. he’s the painter/environmentalist/bulldozer operator mentioned several times below:

even before i met linda fleming’s husband, [LFH], i’d heard stories. all of which led to one conclusion: they were that extremely rare happening – the proverbial match made in the heavens of the high deserts of the american southwest. 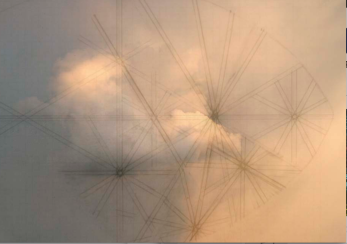 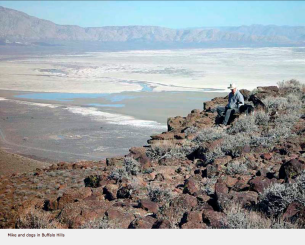 which may or may have lasted…

at this historical moment, nothing less than the future is at stake. and it’s not looking good. as a philosopher/cultural historian/wanabeartist, of a nietzschean persuasion, it’s looking particularly dire.

obama, and others in the demockery establishment,  is already peddling the ‘mitigation effect’… while keeping his options open. and we know what that means. nothing good.

see my diagram about the capitulation of the left to the right below:

color coding the shift of the ‘left’ to the right of centers, by historical epochs

so, this post is about the subversion/rehabilitation of the quintessential US icon – the CAR. as LFH/MSM has commented about a pic to follow:

at some gas stop in the heartland an old guy shouts out “great vehicle”, which by coincidence also describes a Buddhist philosophy [as opposed to the “lesser vehicle”; you’d have to read into his [peter coyote’s] succinct exposition to really get the full import; page 270]…”–MSM

lewis desoto on his way… see below

Eisenhower contributed two things to the US popular imaginary: first, his testimony that the US would never again be a democracy unless it disbanded the DOD – the department of defense and the vast military bureaucracy created by the necessities of WWII, of which he himself was a product. secondly, in the tradition of FDR, he put US citizens to work in the post-WWII world partly by initiating the massive, truly massive, project of building the trillion ton, concrete network of highways across the entire US continent. [third, btw: he put into effect the mashall plan for rebuilding Europe… but, that’s another tread] 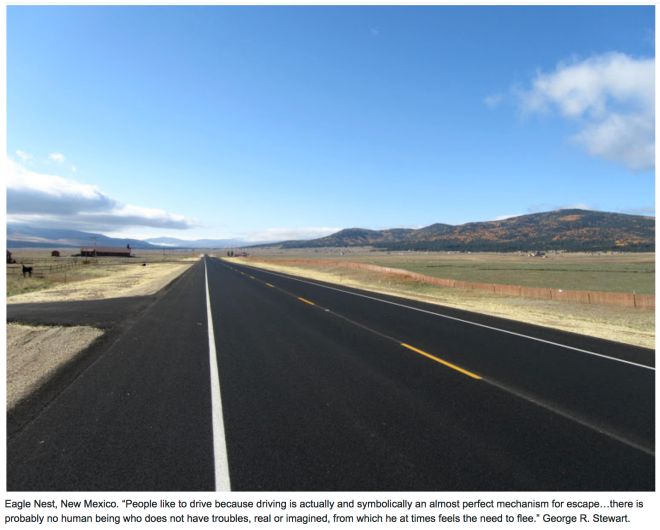 so, to continue my point on this blog post about the contemporary US and cars, the highways, and the car culture they created, and certain moments of resistance to that, culturally, is also important.

i want to continue here along the lines of some comments below about the problem of ‘politics’ being unintentionally subverted by ‘cultural politics’. and the ease of ‘politics’ subverting ‘cultural politics.’ ‘car’ culture is typically coded ‘masculine.’ and that’s true to a degree. but ‘women’ are no less implicated it in. that too is another thread.

so what ‘vehicle’ could be better for that analysis in this historical moment of US  politics and culture, than the ‘car’? 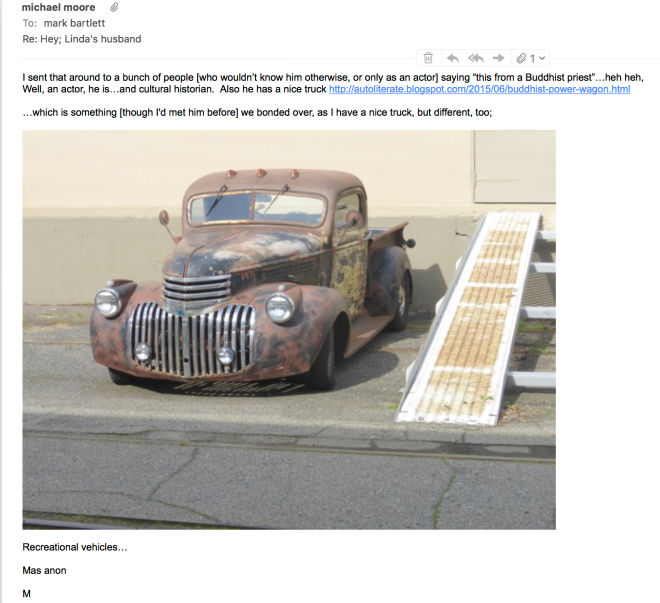 in the new age of what many US citizens have known and have been both skeptical of, and fearful of, the ‘car’ remains the icon of exploitation, particularly among those who love them most, another pearodoxical  bit of content here: 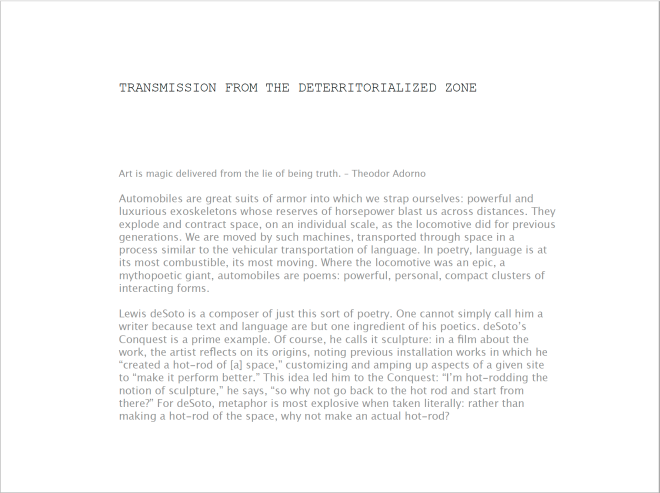 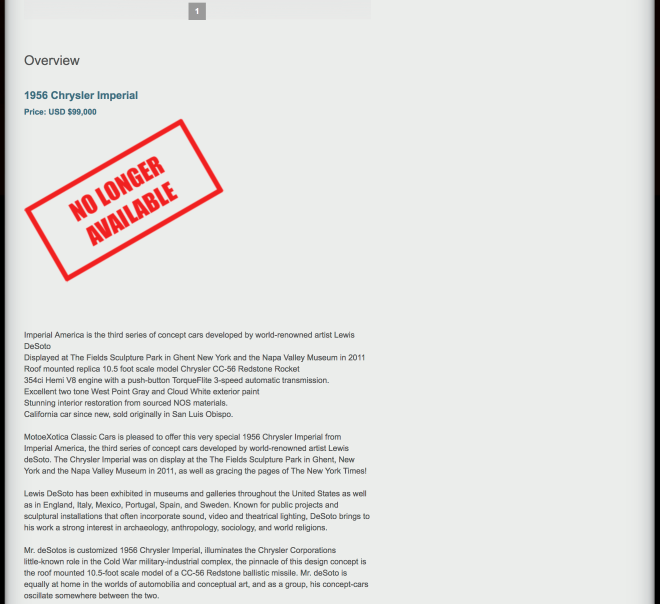 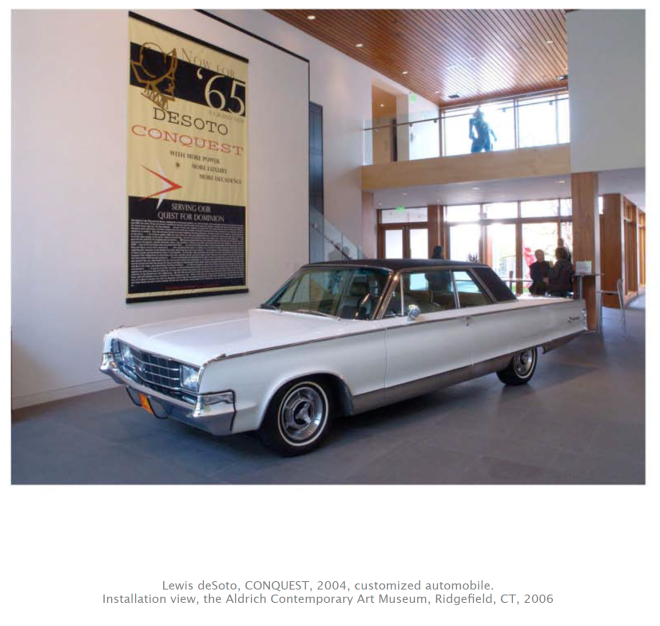 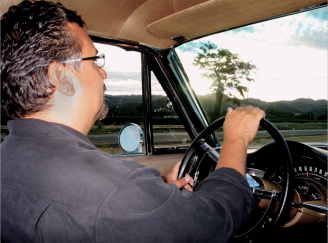 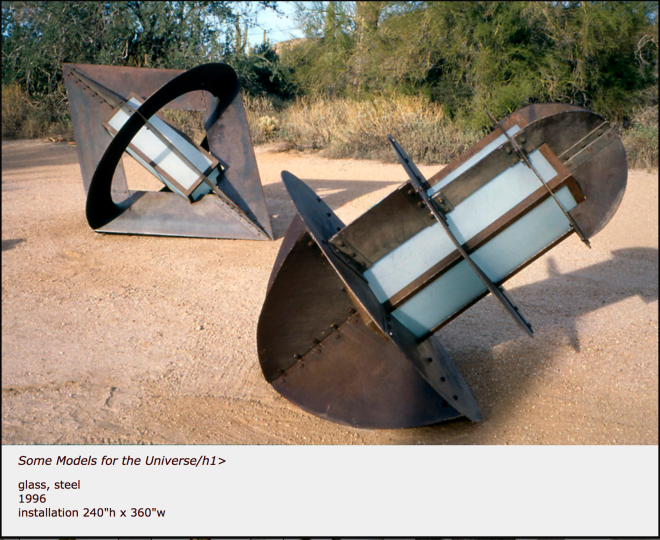 in the meantime: for a series of exquisite and intelligent mainly visual observations see:

and: for the absurdity of the US, see: 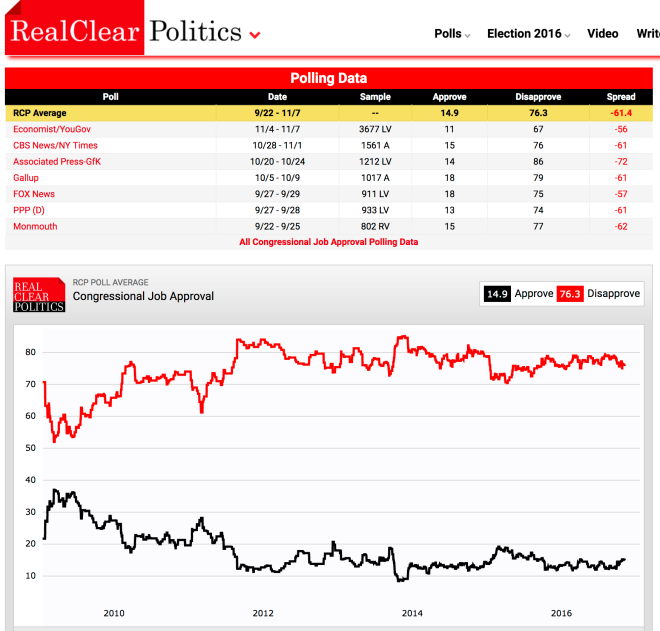 and for the specialists…

see a chart of global middle class income produced by goldman sachs, that has been binding for neoliberal capital for decades… goldmans’ got it wrong only by half a decade, or less, or engineered it earlier to their benefit. which says a lot actually. well, the graph below was too early for them, and they no doubt updated it… if you want to know just how deep our modern late egytianism goes…think about this. and see following image: 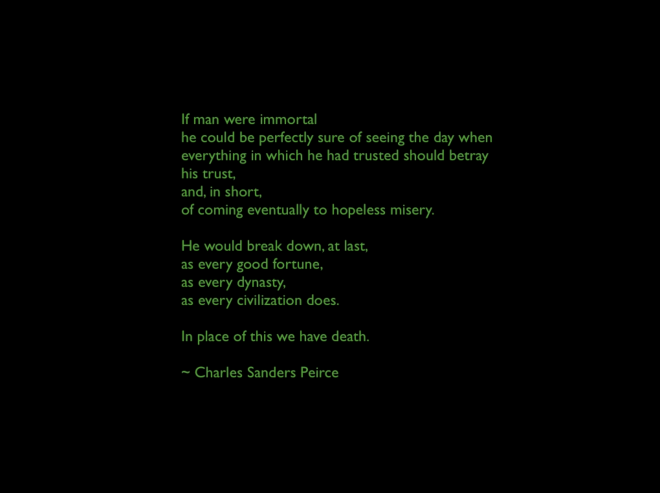