many names of the ‘inventor’ of the ‘internet’ are thrown around. Al Gore, Bill Clinton’s vice president, even once claimed he invented it. Tim Berners-Lee is another, whose work at CERN on an information management system for de-localized communication among scientists, created the world wide web in 1991 that quickly caught on and gave the world access to the ‘internet.’ the ‘internet’ and the ‘web’ are not synonymous. the computer code protocols that Berners-Lee developed for de-localized communication allowed anyone to participate in de-localized communication without the need to know computer programming. he created what we all now know as the ‘browser’ – chrome, safari, firefox and the like. the browser is ‘visual’ through and through, it’s icon driven. as we all know, today, it allows us to exchange and consume almost any form of audiovisual information across all our digital platforms.

the world wide web is the purist form of the integrated spectacle ever created. and it lives up to its name – it is a global phenomenon without, theoretically and often practically, borders. but it is not only spatially, geographically ubiquitous; it is simultaneously linked to literally EVERY single individual, to EVERY single device, connected to it. the WWW is has ensnared, integrated, literally EVERYONE connected to it.

the WWW is indeed, as Licklider foresaw, a form of creative, interactive communication, a plastic or moldable medium that can be modeled, a dynamic medium in which premises will flow into consequences. and yes, above all, it’s a common medium that can be contributed to and experimented with by all. It’s heartening to think that even an MIT scientist was himself caught up in the utopian spirit the permeated the 1960s. But here is the place to point out that it was Licklider who created the internet, not technically, but conceptually, for DARPA – The Defense Advanced Research Projects Agency, an agency of the U.S. Department of Defense responsible for the development of emerging technologies for use by the military. The internet, and its spectacular interface, the web, was developed as a military technology, and as we now know, the military is now demanding payment for the faustian bargain it originally made with Licklider. And here, we must consider Licklider’s second foundational principle for his conception of the internet:

Licklider’s concise definition of communication is brilliant = cooperative modeling. but ‘cooperation’ as he defined it so concisely requires three forms of cooperation – cooperation on construction, maintenance, and use. his definition is brilliant because it sets out with perfectly clarity the conditions required of the form of cooperation that ‘rightly distrusts the modeling done by a single mind.’ what did Licklider mean by, a single mind? what ever he meant, why would he have included such a statement in a scientific paper? it’s very probable that Licklider understood, he was a trained clinical psychologist after all, that his three criteria were likely to be violated by his bosses, the military. given his generation [1915-1990], he’d lived, literally if not completely consciously, through two world wars, was aware of fascism, and the threat of militarism after WWII, as well as the threats religious intolerance by the religious, posed, it’s possible his criteria aimed to mitigate the abuse of the technology he supervised. whether on not his slipping into his foundational paper on the net exonerates him from his own faustian bargain, is an ethical question of immense proportions that cannot be dealt with here. [i’ll take this up in a future post.] but it is not an exaggeration to suggest that Licklider is the Faust of the digital era. we can say that his criteria are indeed definitive enough for ‘us’ to judge whether or not communication technologies today meet them, or not.

it’s clear they they do not. it may not be that  a ‘single mind’ controls communication today. but it is not far off to say that a mere handful do – microsoft, apple, google, and facebook, each of which is a great empire in economic terms and clearly outside of democratic oversight. witness, as only one example, the recent power of facebook on journalism, when it censured a famous, history changing photograph. June 8, 1972, 9-year-old Kim Phuc, center, runs with her brothers and cousins, followed by South Vietnamese forces, down Route 1 near Trang Bang after a South Vietnamese plane accidentally dropped its flaming napalm on its own troops and civilians. (AP Photo/Nick Ut)

Licklider’s definition of  socially responsible and effective communication in the computer era requires cooperation on three fundamental aspects of digital communication: 1. construction; 2. maintenance; and 3. use.

It is perfectly clear, today, that the general public, the ‘citizens’ of the world, are NOT allowed to freely cooperate in ANY of those three fundamental conditions of modeling communication. yes, criterion 3 is the most ambiguous in terms of ‘cooperation.’ at least at a first glance. yes, i can pick up my mobile phone and call anyone i want to, IF, i live in a country that allows that. i can in theory post anything i want to on this blog. anyone , who has access to the western blog world, can read it. including the  N  S  A and the G  C  H  Q.  so few are able to ‘use’ the net/web freely. in addition to the problem of privacy, all ‘use’ is certainly not cooperative – everyone has to abide by the fine print in the contracts of our mobile, ISP, TV, providers. an we can only ‘use’ what’s available in terms of the proprietary software and it’s functionality. we need only think about the problem of music to grasp how limited our ‘use’ of digital media is. if i buy a cd, it’s uploaded to itunes, and then they control everything about it, including how it displays. or i have to pay spotify. i could expand on similar problems with every form of software. and i don’t want to begin on the problem of ‘software’…

my point is only this: even Licklider’s 3rd criterion has been vitiated. as for the first two – construction and maintenance – well, what need i say in terms of how much ‘cooperation’ exists there? this is what makes the world of those hackers with a social conscience so important. 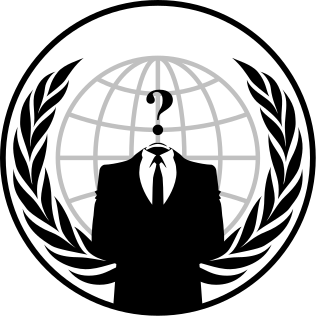 so, what are the consequences Licklider attempted to consider? and what is the significance of his insistence that contribution and experimentation be by all?